Whether you're a career gamer or a total n00b, you may have noticed something unusual happening with GameStop (GME) at the end of January. The news headlines and smartphone notifications piqued our collective interest, inspiring some to query Google or even open their first brokerage account. But the frenzy may have left more questions unanswered than elucidated, so let's take a look at what it all means and how it affects us on Main Street.

The biggest thing that stood out was the uncoupling of GME's share price from its intrinsic value, highlighting two of the primary forces in the stock market: intrinsic value vs. supply and demand. The market is a barometer of macroeconomics and underlying value but also of human emotion, namely greed and fear. Financial analysts can calculate it in a myriad of ways, but, at its core, intrinsic value is an expression of a company's real worth based on assets, goodwill, earnings growth potential, and discounted cash flows, among other things. It's what a company ought to be worth absent extraneous factors. Market value, on the other hand, is simply the price of a security multiplied by the number of outstanding shares. It's also known as a company's market cap. At the end of the day, an asset is only worth what a buyer is willing to pay for it, whether it be art, a used car, or shares in a publicly traded company. This is supply and demand. The more buyers than sellers, prices go up; the more sellers versus buyers, prices go down.

So why GameStop? Melvin Capital and other hedge funds were attuned to GameStop's declining business, as consumer dollars keep shifting to online sales and subscription services. They'd tried to capitalize on the company's diminishing returns by taking short positions in it, betting that GME's stock price would continue to fall over time. Reddit forums, like wallstreetbets, rallied to the cause. Their reactionary impulse was to stick it to the big guy for once in an epic online battle of retail vs. institutional investor, little guy vs. big guy, Robin Hood and the Merry Men vs. the Sheriff of Nottingham. (The irony isn't lost that a majority of them chose Robinhood as their platform of choice. The app saw over 2.1 million downloads the last week of January, according to Business Insider.) "Little strokes," said Ben Franklin, "fell great oaks."

The more small dollars kept flooding into GameStop and other "meme stocks", the higher their price teetered in the thin, upper air. GME peaked at $347.51 on January 25, up 788% from $39.12 the Wednesday before and a head-scratching 1,914% year-to-date. Had GameStop's intrinsic really gone up 1,000% in a week? Not a chance.

As the siege wore on, the valiant charge started to feel less purposeful and more like an opportunistic free-for-all. If you made some money on the upswing, kudos. If you didn't…? ¯\_(ツ)_/¯ Sadly for Melvin Capital, short trades are only profitable when the underlying stock price goes down. Sadly for those Merry Men who held onto GME on the back half, they rode their long positions back out of the stratosphere and clocked major losses, too.

In a sense, investing has always been a kind of game with the potential for loss or gain. Many individual investors feel like that game has been rigged against them for a long time. Institutional money has the resources to get better data and place faster trades, hedge funds take huge risks with leveraging and options strategies that have the ability to move markets, and we saw big banks and brokerage firms get bailed out by the government in the late 2000s as 401(k) accounts were hammered.

Robinhood's mission, "to allow people who don't have access to generational wealth or the resources that come with it to begin investing in the U.S. stock market," according to Jacqueline Ortiz Ramsay, is a noble one. But "pump and dump" schemes like the meme rally in January can make or break investors big and small. It highlights the human emotion embedded in investing: the tendency to buy too late, when a company has started making headlines, and also to sell too late, after it's fallen from grace.

The stock market isn't a be-all-end-all for growing wealth, but it remains one of the best ways to beat inflation and meet your future goals — in spite of the ups and downs in the short-term. It takes discipline and patience to see past the noise. Did you dabble at all in AMC, GameStop, or BlackBerry? What's your long-term plan to weather the vagaries of the investment landscape and build sustainable wealth for the future? Let us know how we can help.

What Should I Do With My Bonus? 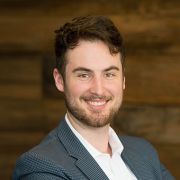 Drew Pond is an independent financial advisor and CFP® Practitioner at oXYGen Financial, specializing in portfolio construction, goals-based planning, life and long-term care insurances, and retirement plans, with 7 years' experience in the financial services industry. He lives in Midtown, Atlanta. 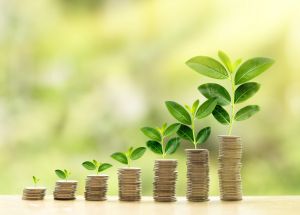 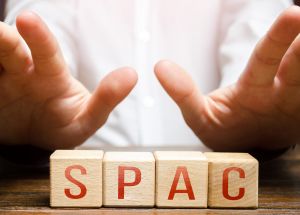 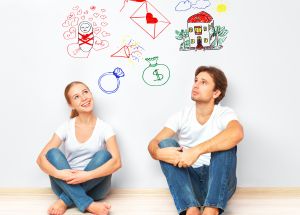 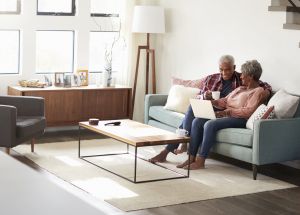