Are We Setting Up College Graduates to Fail?

My daughter graduated college this year, and she is in for a major league buzzkill. So are your college graduates.

Even though the national unemployment rate in April hit 3.6% and is possibly the strongest job market we have every experienced, happiness is ultimately about expectations met or unmet. In a recent survey of college students pursuing a bachelor's degree by Real Estate Witch in Mar, college students expect earn a whopping $103,880 in their first job and that's where reality meets the buzzkill.

With those kinds of expectations, many parents and students are questioning whether the cost of college is worth it. Are we setting our kids up to fail?

Even though employers plan to hire around 31% more new college degree holders from this year's graduating class than they hired from the Class of 2021, the average salary in reality is just north of $50,000. With this average it may not be indicative of where your child will fall from an income perspective even if they do land a job over the next couple of months.

Parents need to first consider what major their child took in college when it relates to their starting salary. According to the National Association of Colleges and Employers (NACE), computer science majors are projected to be the highest paid group on the pay scale at $75,900 followed closely by engineers at $73,922. The average salaries for communications, humanities, and education majors are projected to be under the national average for starting salaries. This means it's important you educate your child about where starting salaries may truly be relative to their major.

It also depends on the type of business your child goes to work for when they graduate. Salaries for workers of small businesses are generally 10% to 20% less than multinational corporations. It is important to educate your child on something called the Total Economic Package (TEP). This means, not only considering salary, but also inquiring about bonus potential, stock options, 401(k) matches, and health benefits to determine the real overall compensation package they are getting. Sometimes, students let the salary tail wag the dog because they don't inquire about the total economic package.

In the study by Real Witch, 48% of the students graduating this year did not think the cost of the college education was worth it, and 33% of students will graduate with $50,000 or more of student debt. With companies like Verizon moving minimum wage to $20 an hour ($41,600 annualized salary) and many vocational professions offering the opportunity for a six-figure income, the question facing many parents will be whether we are failing our children goading them into thinking that a college degree guarantees the path to six figure income. The Real Witch study showed that these students believe 10 years into their career that the average salary would be $200,000, however many Americans in their 40's, 50's, and 60's never even reach the cliff of making $100,000.

My daughter chose a major in Marketing with a minor in Psychology. She's ready to hit the workforce and start her career. You never want to be a buzzkill for your child but setting proper expectations will allow your child to be happier, smarter, and potentially more successful in their career.

Congratulations to the graduating class of 2022.

4 Retirement Questions That Have Nothing to Do with Money 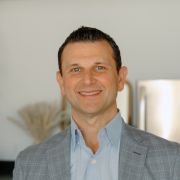 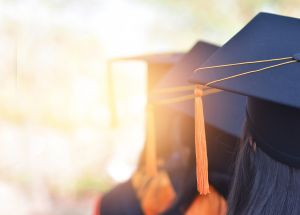 Setting up your College Graduate for Financial Success 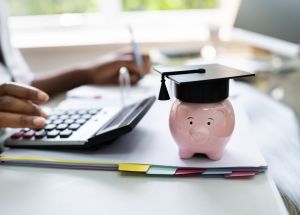 Should You Buy College Tuition Insurance? 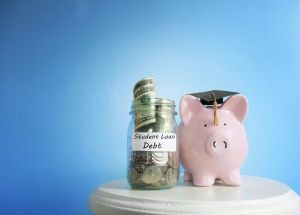 What You Should Know About Student Loan Forbearance

What is the Real ROI of a College Education?