Tips on How to Deal with Expenses Following a Car Accident

Different senior citizens might have varying mental acuity levels. Some of them may not always be aware of their surroundings because of advanced dementia or other deteriorative mental conditions. However, some might still be mentally sharp and able to conduct themselves and their affairs with no problems.

Because of this, some seniors fall prey to scams or elder abuse, while others can discern what is happening and combat them. If there is an older adult in your family living alone or in an assisted living facility, you might want to talk to them about these issues.

Elder abuse is a serious problem, and it's the last thing you want for your older relative. It might take the form of:

This sort of bullying is malicious, but regrettably, it is also widespread. If your older relative is encountering abuse, and they're mentally sharp, talk to them and make sure they'll always let you know if a caretaker or another resident is mistreating them.

However, if your older relative is not mentally sharp, it's up to you to notice if someone is abusing them. Look for marks on their body when you visit. Ask them questions, and make sure that you see them regularly.

Neglect is one of the ways that elder abuse proliferates.

Tell Them to Watch Out for Phone Scams

Easily confused or manipulated elderly individuals can easily fall victim to phone scams. Again, if your older relative mentally sharp and still lives at home, they should be able to identify these scammers.

However, if they are subject to confusion when talking on the phone, a scammer might be able to convince them to send money. They might claim to be the IRS and tell them that they owe back taxes. Some of these scammers are smooth talkers, and they can be quite convincing.

Talk to your older relative about this, too. Tell them to look out for callers claiming to be:

It is not inconceivable that someone from a utility company or a political campaign might call your older relative. However, it is far more likely that they will communicate via mail or email. Your relative can avoid these problems entirely by only answering phone numbers that they recognize.

They Should Watch Out for Email Scams as Well

Email scams are another potential issue of which your older relative should be aware. There is always the infamous Nigerian prince asking for money. There are frequently scammers playing the part of the IRS, other governing bodies, or threatening to shut down a Netflix account because of nonpayment.

Your older relative might use email, smartphones, and computers quite well, and maybe they won't fall for any of this. However, some of these scam emails can look quite convincing, especially when they imitate Amazon, eBay, PayPal, or another entity with which your relative might have an account.

It's helpful to go online with your relative and show them these scams and how they work. That way, they'll know what to watch out for, and bad elements won't dupe them.

Dating scams are one area where elderly individuals seem to be susceptible. A single older adult might want to make a love connection online, and hundreds of dating sites now promise that very thing.

These sites are another popular place for scammers to hang out, though. Catfishing is on the rise, and some of the individuals on these sites are not who they say.

In other cases, the person might be who they claim to be, but they're only interested in money and not your older relative. Talk to your relative and tell them never to send money to someone they met online but have never seen in real life. Even if they do meet someone in real life that they found on a dating site, they should still be hesitant to give them money, buy them clothing or groceries, etc.

There are always cruel and unscrupulous individuals who may want to take advantage of the enfeebled or easily manipulated. Pay attention to your older relatives, whether they live on their own or in assisted living, and try to watch out for them. 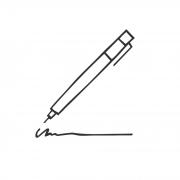 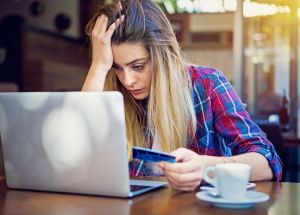 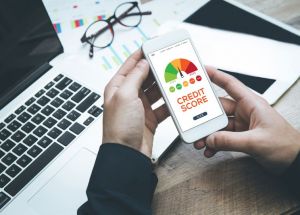 There’s No Short Cuts To Getting Out Of Debt