What Do America and Japan Have In Common?

Mr. Noda has staked the fate of his administration on the bill, which would double Japan's five-percent sales tax by 2015, hinting that he could call a general election if the plan fails to pass parliament before the current session ends next week. (source: NY Times)

During weeks of negotiations, Mr. Noda argued that Japan must raise taxes to shore up its social welfare and pension systems, which have come under growing strain as the country's population ages. Japan's public debt has already grown to over twice the size of its gross domestic product as social welfare spending grows and tax revenues dwindle in a deflationary economy. (source: NY Times)

It's certainly looming in our near future after the upcoming Presidential election that w will have to shore up our Social Security and Medicare system as they are both under fire with the baby boomer generation aging and less tax money going into the system. We saw Herman Cain come out with the 9-9-9 plan, but that type of ideas got quickly put to bed when Mr. Cain dropped out of the running for President.

As of yet, nobody has really laid out a game plan on how we will a) balance the overall budget in the United States, and b) start chipping away at the almost 16 trillion dollars of debt we have in the United States. With the commonalities of our overall financial situation, I wonder if an increased consumption tax is coming for our future? Could it be that we take a play from the playbook of the Japanese? I guess we'll have to wait to see Gung Ho Part II.

Visit to www.oxygenfinancial.net to request a free consultation with the leading financial experts for people in their 20's, 30's, and 40's in the country.

Securities and Investment Advisory Services offered through NFP Advisor Services, LLC (NFPAS), Member FINRA/SIPC. Oxygen Financial is not affiliated with NFPAS. NFPAS does not provide tax or legal advice. This site is published for residents of the United States only. Registered Representatives and Investment Advisor Representatives of NFP Advisor Services, LLC (NFPAS) may only conduct business with residents of the states and jurisdictions in which they are properly registered. Therefore, a response to a request for information may be delayed. Not all products and services referenced on this site are available in every state and through every representative or advisor listed. For additional information, please contact NFPAS Compliance Department at 512-697-6000. PLEASE NOTE: The information being provided is strictly as a courtesy. When you link to any of the web sites provided here, you are leaving this web site. NFP Advisor Services, LLC makes no representation as to the completeness or accuracy of information provided at these web sites. Nor is NFP Advisor Services, LLC liable for any direct or indirect technical or system issues or any consequences arising out of your access to or your use of third-party technologies, web sites, information and programs made available through this web site. When you access one of these web sites, you are leaving our web site and assume total responsibility and risk for your use of the web sites you are linking to.

Take The Lump Sum Or The Pension? 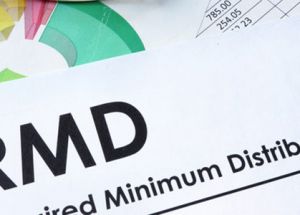