The Financial Cost of Getting a DUI

How Much Should I Set Aside For Estimated Taxes?

Most people don’t think about how costly getting a DUI could be because nobody ever plans to get a DUI.  We plan for retirement, we plan for our kids education, but it is absurd to contemplate setting aside funds for the unlikely event that we might get a DUI.  In addition to the financial costs, there are many other costs that are hard to measure.  Loss of reputation in the community.  The impact it will have on relationships both personally and professionally.  And other things nobody ever considers like the fact that many life insurance companies may not offer coverage to an otherwise perfectly healthy individual because you have a DUI conviction on your record.

The purpose of this article is to shed some light on the actual financial costs of getting a DUI, and to consider some of the other hard-to-measure costs.  Maybe learning this information will act as a deterrent.  Maybe that is a stretch, but here it goes.

Getting Out of Jail.  If you are charged with DUI, you will be arrested.  If you are arrested, you will remain in jail until you post bond.  In metro Atlanta, bond is usually pre-set at most county and city jails.  The amount ranges from $1000-2500 per misdemeanor charge.  It is rare that the only citation is for DUI (roadblocks are the biggest exception because there is generally no traffic violation).  Most of the time, the reason for being pulled over (speeding, failure to maintain lane, stop sign violation, or accident, etc.) will be cited, along with any other charges such as open container or reckless driving.  Each citation has the impact of increasing the bond amount because bond must be set on each charge.

A family member or friend will have to either post the entire bond amount to get you out, or will have to hire the services of a bail bondsman and pay a fee to post the full amount.  The fee is generally 12.5% of the total.  If you use a bonding company, they will keep that money as their fee.  If you post the full amount, you will get the money back once the case is concluded, win or lose, but that money will remain tied-up until the case is over, sometimes for more than a year.

Getting Your Car Back.  When you get arrested, the police are not going to leave your car, even if it is on private property.  There are liability issues for the police, and the easy resolution for them to avoid liability is to have it towed by a local towing company.  The range here is generally from $80 – $250 for the tow, and about $50 a day until you come pick it up.   Bear in mind that if you don’t get your car within 30 days, the towing company can sell your car and keep the proceeds.

Getting a Good Lawyer.  There is a very wide range of fees depending on the case, the client, and the lawyer.  A very difficult case to fight can involve the hiring of investigators, accident reconstruction, expert witnesses on field sobriety testing and/or blood and breath testing, and can involve additional costly legal research to adequately defend.  If the client is in a must-win situation (an airline pilot or a salesperson who cannot lose their license, for example), then hiring a board certified lawyer may be necessary.  Very few lawyers are board certified, but those who are have demonstrated the knowledge, skill, and experience to work toward avoiding a conviction and license suspension.  Board certified lawyers are likely to be more expensive, but hiring a lawyer is like anything, you get what you pay for.

Fines & Court Costs.  Fines are dramatically higher for DUI than for other traffic violations.  In metro Atlanta fines range from the minimum by law $300 in some municipal courts, to the maximum by law $1000 imposed, for example, on every first offense DUI in the State Court of Cherokee County.  Since July 1, 2012, the State of Georgia now tacks on a 50% surcharge in addition to other court costs, making the range actually from $450 to $1500.  Additional court costs generally run about $300-$400, so expect to pay out from $750 to $1900.  But wait there’s more.

Probation Fees.  With the introduction of private for-profit probation supervision companies, expect to add-on another $39-$45 per month, every month, for 12 months.  That adds up to an additional $468-$540.  Why?  Probation can no longer terminate on a DUI case in Georgia, it requires the Defendant to remain on probation for the entire 12 months.

Probation Conditions.  Every DUI conviction in Georgia mandates that the driver complete “Risk Reduction Program” commonly referred to as “DUI School”.  At present, it costs $292 and 20 hours of your life.  It is generally given over a 3-day period.  An alcohol evaluation is also part of the sentence, and typically cost $175-$250.  Alcohol treatment can range from merely completing the DUI School to in-house rehabilitation for repeat offenders.  Many judges mandate attendance at a Victim Impact Panel run by Mothers Against Drunk Driving.  The cost there is $50 and about two hours of your life.

Getting Your Driver’s License Back.  There are fixed costs to getting reinstated, but the biggest cost is difficult to measure – how to function in today’s society without a driver’s license.  For a first offense, the suspension is 12 months, but can be reduced down to 120 days by going to DUI School.  During the 120 days, you can apply for a limited permit that is good for to and from work and medical emergencies and not much else.  For a stay-at-home Mom, there is no permit because the Department of Driver Services requires you to identify your hours and place of work and to show some evidence of your employment (a paycheck stub).  It is patently unfair, but the General Assembly didn’t take that into account when they wrote the law.  A work permit costs $25 and getting your full permit back after 120 days costs $210.

For repeat offenses the numbers go up – a second offense is a 3 year suspension, the first 12 months there is no permit, the next 6 months requires an ignition interlock device (IID).  An IID is fitted on your car and it will not start unless you blow into a tube and register zero alcohol. The cost is about $60 a month; so for 6 months it will cost $360 plus installation and removal.

Insurance.  Over time, this may be the biggest financial cost.  Many insurance companies will drop you upon arrest (even before conviction), but if they keep you, expect to pay 2 to 4 times as much for at least 3 years.  So if you are paying $1500 now, expect to pay at least $3,000 to $6,000 each year for the next 3 years.  During those 3 years, getting any other traffic violation is likely to result in an extension of those inflated rates because insurance companies are looking for you to rebuild your otherwise clean record again.  To get back to “preferred” status and back to paying the lower premiums, you will likely have to go 5 years.  Many people don’t realize that getting a DUI will have an impact on your life insurance application or premium.  Getting a DUI puts you in a higher risk category, and many applications will ask if you have had a DUI or a license suspension.

Your Career.  If you hold a professional license – as a lawyer, nurse, doctor, stockbroker, accountant, etc., you can expect to have to disclose your conviction upon renewal.  Whether your professional license is taken away or you are placed on probation, a DUI is a huge setback professionally.  It is a career-ending event for a pilot.  Expect to be grounded by the FAA and fired by the airline, and don’t expect another airline to hire you.

For salespeople who are given a company vehicle or are fleet insured, a DUI likely ends your position with your company.  Don’t expect to find a similar job because you are now uninsurable through any fleet insurance policy.  For any other job application, consider that even if you are well-qualified for a position, if there is another well-qualified candidate for the same job who does not have a DUI, the other guy gets the job.

Your Time.  It is difficult to measure the impact that taking several days off from work to meet with lawyers, attending alcohol counseling classes or DUI school, going to mandatory court appearances, completing community service (40 hours for a first offense and 240 hours for a second), meeting monthly with your probation officer, and more, will have on your job, your relationships with your spouse, kids, etc.  But there are a whole lot of other things you would rather be doing than dealing with the obligations and the fallout from a DUI.

Add It Up.  It is expensive financially, personally, and professionally to get a DUI.  As a lawyer handling DUI cases for the last 20 years, Mike Hawkins of the Hawkins Law Firm, PC in Atlanta, Georgia will tell you that taxi fare home is a lot cheaper.  If you do find yourself charged with DUI, it doesn’t mean that your life and your career are over.  The smartest thing to do is to seek a Board Certified DUI Defense lawyer who can work toward minimizing the consequences and getting your life back on track.

Why Mark Cuban Will Beat You In Arm Wrestling 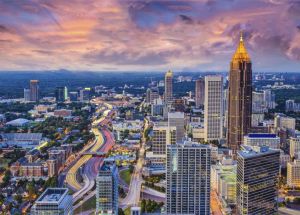 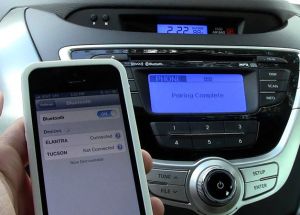 I Took A College Course In My Car