How Can A Ganjapreneur Get Life Insurance?

So, what the heck is a ‘ganjapreneur’ anyway?   If you have nothing great to do for a few hours and want to laugh out loud in a real way besides what you write on a text message, take a gander here http://www.ganjapreneur.com/marijuana-slang/ where you can see just about any marijuana slang you could ever imagine.  Ganja, is classically defined as another widely-accepted name for cannabis. The term ganja is often attributed to Rastafarian culture, but it is in fact the Hindi word for hemp, introduced to Jamaica by Indian indentured servants. Lately, its usage in western society has become incredibly mainstream and, in some cases, grossly over-commercialized.  Thus, the ever increasing ganjapreneur are those that start business in, on, or around the substance known as marijuana.

As somebody who deals in life insurance, your first instinct is to tell yourself that nobody who smokes marijuana or even remotely puts it in his or her body is ever going to have a chance to get life insurance.  In fact, even if they don’t smoke any marijuana, what would be the chances of them getting approved for a buy sell or key man life insurance policy if they are an all cash business?  Even if you are in the several states where marijuana is legal or almost half of the country where some form of medical marijuana is legalized as well, how will you convince the insurance company that you would be a low risk profile for life insurance?  What a difficult dilemma for the fast growing ganjapreneur in America.

What’s funny about this topic is that I’ll bet every person has known someone in their life who applied for life insurance and this scenario came up during the application.  The person is filling out the application and the question comes up about whether or not they smoke.  The new applicant asks, “Do they mean cigarettes or some other type of substance?”  After the insurance agent politely chuckles under their breath, they reply with, “They mean any type of smoking.”   Then your prospect responds with, “I’ll sign up for this life insurance but it will take me a few weeks before I can take a medical exam.  I have never smoked in my entire life.”   Any good life insurance agent can put two and two together, but what can you do to prepare yourself if you are a ganjapreneur?

For most general marijuana smokers, you’ll likely have to classify yourselves as smokers as you would someone who smokes cigarettes.  Depending on the insurance company, they would pay the table rates of what a smoker would which could double their rates.  There are still some carriers that say marijuana is illegal everywhere and thus will not underwrite a marijuana smoker so do your homework in advance.  Since insurance carriers are varying more widely these days, you won’t get preferred rates if you admit to smoking marijuana even recreationally, but you could still get a standard non tobacco rates for only having a ‘celebratory joint’ here and there.   Sometimes, insurance carriers call these people social marijuana smokers.  Go figure that!

For ganjapreneurs, it is going to be important to keep excellent books and records and despite the fact that your local bank may not bank you, there is no reason to not legitimately keep a balance sheet, profit and loss, and pay taxes for your tax return.  If you want life insurance, a buy-sell agreement, disability insurance, or key man insurance, you are going to have to prove some legitimate books and tax returns to the insurance company.

What may have seemed like a joke in the past will become a big business in the future as more and more people smoke marijuana in the United States.  It will pay to have an insurance agent who knows how ganjapreneurs work within this industry anywhere from those who directly sell marijuana to the person selling paraphernalia to the public.   Having the right person on your side may make the different between getting a yay or nay from the insurance company!

Should You Loan Your Girlfriend or Boyfriend Money? 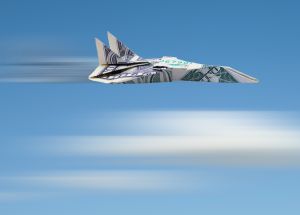