Getting a Divorce in Georgia: the Financial Consequences

Do You Vote in Local Elections?

Divorce is the last thing we want to see in a couple. However, the ones that seek this need to realize that there are certain financial implications of getting a divorce. The emotional stress through these tough times can be made worse by all the attorney bills and settlement figures, making it extremely difficult to live through this period of transition. Many couples tend to hire divorce lawyers as soon as they are ready for separation. However, it is also sensible to involve financial advisers during these trying times to monitor the finances and advise their clients accordingly.

Different states in the US handle divorces and related payouts in different ways. For instance, in the state of Georgia, the main custodial parent can take custody of the child without much of a hassle, due to the no-fault-based structure of the divorce laws there. At least one of the two spouses needs to be a US citizen for a minimum of six months to be eligible to file for divorce. There are also several tax benefits on the payments for child support. Hence, you can see that matters are not at all easy for someone outside the law to fully grasp the implications of getting a divorce. Read this article to get a comprehensive idea of this subject and avoid future setbacks, if it does come down to it.

An uncontested divorce is when both the spouses agree to a settlement after resolving all the disputes between them. This saves a lot of time, money, and effort on both sides. Matters involving the custody of children, their support, debts, and the alimony amount take a long time to sort out in case the divorce is contested.

Taking professional help from an uncontested divorce attorney can make the process smooth and streamlined. It is the negotiation phase and not the paperwork, that takes the most amount of time to sort through. A specialized attorney uses efficient methods to settle the issues and does all the fieldwork for the client.

Let us take a look at some numbers to get a better perspective of the costs involved. When a divorce attorney is hired, an uncontested divorce may cost between $3000 to $5000, which is considerably high in comparison with contested divorces. Statistics suggest uncontested divorces are at least five times cheaper! Contested divorces that end up in court usually cost double the amount, let alone the time required to finish the procedures in such cases. The average cost of a long-running court trial may rise above $20,000, including the $300 that you would need to pay your lawyer per hour. The costs are staggering! Thus, uncontested divorce is the smartest choice.

Divorce procedures are usually prolonged due to the agonizing amount of negotiations required to settle matters like debts, property ownership, child custody, and so on. Couples usually struggle the most when it comes to dividing the debts and existing loans that need paying off down the line.

A smart way to quickly figure out an individual's net debt amount is by analyzing the credit score from a credit-reporting agency like TransUnion or Experian. This way, a detailed report can be obtained which will have all the necessary information regarding the overall credit amount. Certain debts are shared among the couple, while others need to be paid individually. A lot of the debts may be taken during the time of marriage, making them shareable between the husband and wife -- although this also requires negotiation to determine the correct ratio.

Joint savings accounts, credit cards, and subscriptions should be canceled as soon as divorce talk begins. A smart play here is to take some extra liability of debts in exchange for a larger stake in certain assets. Be aware that no matter what ratio you divide the debt figures in, both individuals do have to pay it off down the line. If someone backs out despite signing the agreement, the debt still needs to be paid by one of the two. This is one of the most fragile aspects of a divorce and is also one of the key reasons divorces get so expensive.

Equitable distribution of assets is practiced in the state of Georgia. This means that an individual can retain the ownership of personal assets but will have to share the marital property with the spouse after the divorce has been completed. A comprehensive check of all the assets owned by both individuals needs to be done to determine which are owned separately and which are shared.

Not all assets acquired after marriage are considered shared though. For instance, a spouse inheriting a property based on a legal will gets to keep it despite acquiring it after marriage. These are exceptions, however. It is crucial to figure out the individual share amounts in assets as the court will not always divide these equally. This is one of the biggest mistakes people tend to make during a protracted divorce procedure.

The court tends to divide the marital assets based on fairness instead of value. A spouse may have paid more for an asset but might not have taken part in its maintenance ever. The court will see through this and allocate the shares accordingly. Non-financial contributions have great value and are recognized in court.

Complications arise when a spouse tries to conceal particular assets from the court. This should be taken into account, and a thorough check of all the financial transactions is needed before taking the case to the court. Take help from your attorney in such cases, as they are professionals and know how to properly perform these asset checks.

There are plenty of things that need to be done before getting a divorce. Following the right guidelines can save you tons of money and significantly reduce the hassle. If you are set on a path of no return, this article is the perfect guide to make it as convenient and as smooth as possible.

Should You Take a Home Improvement Loan? 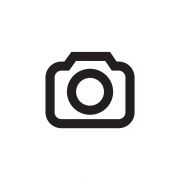 Amanda Smith has been blogging for as long as she can remember. What began as a hobby quickly evolved into a passion. She has already experienced and overcome numerous challenges at such an early age. She developed her instincts throughout her life and gained a thorough understanding of the judicial system